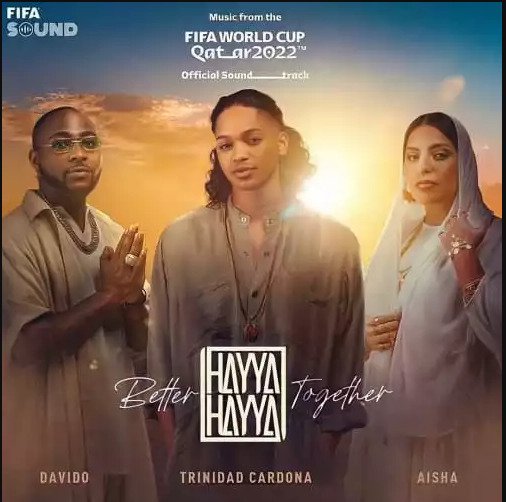 Davido alongside American singers, Aisha and Trinidad Cardona will perform. The name of the track is titled Hayya Hayya (better together) as an official video for the world cup 2022.

In a couple of months to the 2022 FIFA World Cup hosted by Qatar, here is a brand new theme song among others titled “Hayya Hayya” (Better Together).

“Hayya Hayya” also features Trinidad Cardona and Aisha, produced by RedOne. Davido also showed his gratitude for being chosen to join the production and being the First African to perform.