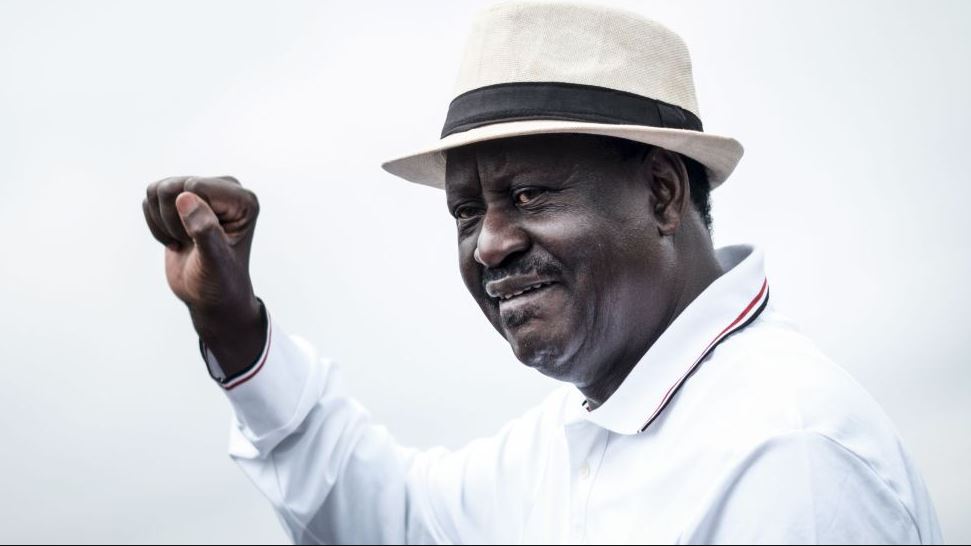 Raila Odinga is a Kenyan businessman and politician who served as prime minister of Kenya from 2008 to 2013) following the contentious presidential election of December 2007.

Raila Odinga is one of the richest politicians in Kenya with a net worth of $50 million.

From Luo descent, Raila Odinga was the son of Jaramogi Oginga Odinga, the first vice president of Kenya. Earning his master’s degree in mechanical engineering in East Germany in 1970, Raila Odinga returned to Kenya and become a lecturer at the University of Nairobi.

However, In the 1970s and ’80s Raila Odinga was politically active and supported government reforms in Kenya. In 1982 he was accused of plotting against the President Daniel Arap Moi and was imprisoned without trial for six years.

Just to add, after his father’s death in 1994, Odinga became embroiled in a leadership struggle within the party and in 1996 left FORD–K and joined the National Development Party.

During the 2013 elections in Kenya, Odinga’s ODM formed the Coalition for Reforms and Democracy (CORD) alliance with Kenyan Vice President, Stephen Kalonzo Musyoka’s Wiper Democratic Movement and other parties.

In a surprising turn of events, Odinga and Kenyatta reconciled shortly thereafter, appearing together in early March 2018 and grasping hands—an act that became popularly referred to as “the handshake” as well as viewed as a symbol of bipartisanship.

In addition, in December 2021 Raila Odinga formally declared his candidacy for president in the 2022 election. He was running as the candidate of the Azimio la Umoja alliance, which had been formed in preparation for the election and included the ODM as well as Kenyatta’s Jubilee Party.

Raila married Ida Oyoo on September 1st 1973. Together they have four children, the late Fidel Castro (2015), Rosemary Akeyo, Raila junior and Winnie Irmgard. Until his untimely demise, Fidel was a businessman and a solid pillar in his father’s political endeavors.

He is survived by his widow, Lwam Bekele and their son, Allay Raila Odinga. Rosemary is a passionate educationist serving as the Director of the Raila Odinga Center.

This institution is dedicated to improving education standards across the country with its main program operating out of Kibera slums in Nairobi. She has interests in snail farming and is a mother to two beautiful girls, Saphie and Senayi.

He went to Kisumu Union Primary School, Maranda Primary and Maranda High School where he stayed until 1962. He spent the next two years at the Herder Institut, a part of the philological faculty at the University of Leipzig in East Germany.

Odinga received a scholarship that in 1965 sent me to the Technical School, Magdeburg (now a part of Otto-von-Guericke University Magdeburg) in the GDR. In 1970, He then graduated with an MSc (Masters of Science) in Mechanical Engineering, then returned to Kenya in 1970.

In 1974, Raila Odinga was appointed group standards manager of the Kenya Bureau of Standards. In 1978 I was promoted to  Deputy Director, a post I held until my detention in 1982.

At the time of Raila’s departure to Norway, the Forum for the Restoration of Democracy (FORD), a movement formed to agitate for the return of multi-party democracy to Kenya, was newly formed. In February 1992, Raila returned to join FORD, then led by his father Jaramogi Oginga Odinga.

He was elected Vice Chairman of the General Purposes Committee of the party. In the months running up to the 1992 General Election, FORD split into Ford Kenya, led by Raila’s father Jaramogi Oginga Odinga, and FORD-Asili led by Kenneth Matiba.

When Jaramogi Oginga Odinga died in January 1994, and Michael Wamalwa Kijana succeeded him as FORD-Kenya chairman, Raila challenged him for the party leadership. The elections were marred by controversy after which Raila resigned from FORD-Kenya to join the National Development Party (NDP).

In the 1997 General Election, Raila finished third after President Moi, the incumbent, and Democratic Party candidate Mwai Kibaki. He retained his position as the Langata MP.

After the election, Raila supported the Moi government, and led a merger between his party, NDP, and Moi’s KANU party. He served in Moi’s Cabinet as Energy Minister from June 2001 to 2002, during Moi’s final term. In the subsequent KANU elections held later that year, he was elected the party’s secretary general (replacing the late J. J. Kamotho).

In 2002, the then President, Daniel Arap Moi, pulled a surprise by endorsing Uhuru Kenyatta – a son of Kenya’s first president Jomo Kenyatta to be his successor.

Moi publicly asked Raila and others to support Uhuru as well. Raila and other KANU members, including his current Deputy in the CORD Coalition Kalonzo Musyoka, the late George Saitoti and the late Joseph Kamotho, opposed this step arguing that the then 38 year old Uhuru, was politically inexperienced and lacked the leadership qualities needed to govern.

The Rainbow Movement went on to join the Liberal Democratic Party (LDP), which later teamed up with Mwai Kibaki’s National Alliance Party of Kenya (NAK), a coalition of several other parties, to form the National Rainbow Coalition (NARC) that eventually defeated Moi’s protege, Uhuru Kenyatta. Raila became the second father of multi- party democracy in Kenya after Kenneth Matiba.

It was at this point that he earned his nickname; to his political followers, he is also referred as “Agwambo”, the meaning of which is Mysterious One, or “Jakom”, meaning Chairman.

President Kibaki failed to honor a pre-election agreement regarding political equity among the stakeholders in NARC and a pledge made to the Kenyan people to review the Kenyan Constitution within a hundred days of the election.

The perceived “betrayal” led to an open rebellion and a split within the cabinet, which culminated in disagreements over a proposed new constitution for the country.

The government-backed constitutional committee submitted a draft constitution that was perceived to consolidate powers of the presidency and weaken regional governments as had been provided for under an earlier draft before the 2002 Elections.

Raila opposed this, and when the document was put to a referendum on 21 November 2005, the government lost by a 57% to 43% margin. Following this, President Kibaki sacked the entire cabinet on November 23, 2005.

When it was formed two weeks later, Raila and the entire LDP group were left out. This led to the formation of the Orange Democratic Movement (ODM) – an Orange was the symbol for the “no” vote in the constitutional referendum.