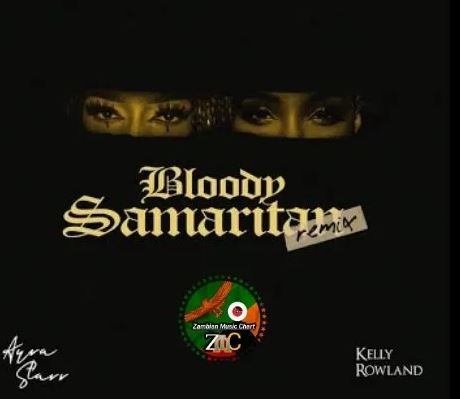 Ayra Starr and this time is with Kelly Rowland for a new track titled “Bloody Samaritan”. The song serves as a track off her forthcoming Deluxe version of her debut Album “19 & Dangerous”.

This remix song for Bloody Samaritan has been waited by her fans for a long time and finally we are happy to bring this song for you. You will just need to add this into your playlist.

Kelly Rowland is an American singer, actress, and television personality. She rose to fame in the late 1990s as a member of Destiny’s Child, one of the world’s best selling girl groups of all time.

Today Ayra Starr decided to drop this massive sound with Kelly just to show the world her talent and proves his ability to her fans. She is really something. The song is worth listening.

In addition, Ayra Starr is a Nigerian fast rising artist signed under Mavins. The first version of this song was released in 2021 came as the first single from her studio project tagged “19 & Dangerous”

Listen and enjoy below:

Lexsil Features Rayvanny On His New Song ‘By Your Side’