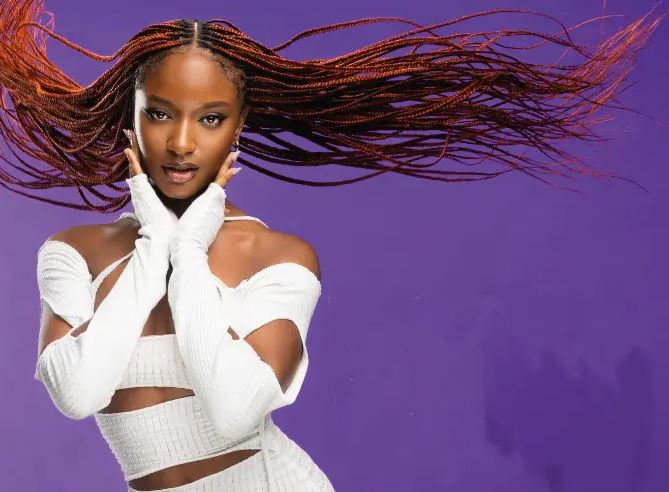 Ayra Starr is a Nigerian fast rising singer and songwriter. She was born in 14 June, 2002 in the Southern part of Nigeria. She is currently 21 years old. Her real name is Oyinkansola Sarah Aderibigbe.

She is currently signed under Mavin Records label with his label boss, Don Jazzy, making her the third signed artist since the starts of this music label in 2012.

Ayra Starr was born in Christianity leading her to have a great faith on God. She begun her music carrier since she was a child while getting a lot of support from her parents.

She was part of her church choir at a very young age, singing as a vocalist with the participation in chorus making her with a lot of singing experiences which improves her vocal abilities.

Ayra Starr received her basic and secondary education in Lagos, Nigeria. She is now a first year student at Prestigious University in South West Nigeria.

In August 2018, Starr was signed with Quove Models, a modelling agency based in Lagos. From there, she modelled for companies such as Mazelle Studio, Complete Fashion Magazine and Esperanza Woman. In 2019, she began posting covers of songs by artists like Andra Day and 2Face Idibia online.

She chose her stage name because, in her words, “it means woke and eye-opening and that’s what I stand for.” She appeared in the music video for Eri Ife’s song “Dear Future Wife.”

In December 2019, she uploaded an original song called “Damage” on her Instagram page. This was heard by thousands of people including label executive Don Jazzy and led to her first recording contract with Mavin Records.

How much is Ayra Starr worth? Ayra Starr net worth is estimated at around $300,000 which is approximately ₦123.4 million Naira.

Her main source of income is from her music career. She is one of the richest and influential singers under age 20. However, in September 2021, Ayra Starr was signed by Pepsi as their brand ambassador.

On the 6th day of August 2021, she finally released her first studio album 19 & Dangerous which housed about 11 tracks in all and featuring artists like Ckay and Fousheé.