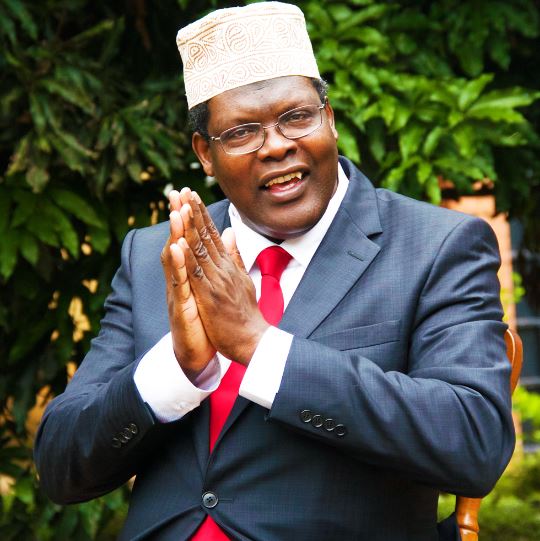 A fundraiser is ongoing in preparation for Lawyer Miguna Miguna’s grand homecoming on October 20, 2022.

A flyer has been making rounds online, inviting Kenyans to fundraise towards the homecoming of Miguna, giving details on how one can contribute.

The flyer was received with skepticism by some Kenyans online, who reached out to the lawyer to confirm its authenticity.

In a quick rejoinder, Miguna clarified that he only associates with “people of integrity” and that the fundraisers are not conmen.

“They are not conmen. They are honest Kenyans trying to raise funds legally from those willing to give freely in order to accord me the homecoming they are planning. There is nothing dishonest about that. I only associate with people of integrity. And this is integrity,”

Miguna officially announced that he will be jetting back into the country October 20, 2022 at 6am, and land at the Jomo Kenyatta International Airport (JKIA).

This after he finally received his passport, ending his 5-year long woes since his deportation to Canada in 2018 after participating in the mock swearing-in of opposition leader Raila Odinga as the ‘People’s President’ at Uhuru Park.

However, The embattled lawyer thanked President William Ruto for ensuring the processing of his passport and facilitating his return to Kenya.

Author Wasafi MusicPosted on August 25, 2022August 25, 2022
Age Difference Between Makhadzi And Master KG The Limpopo born musicians are both 26 but South Africans do not believe it. The majority of...
Read More