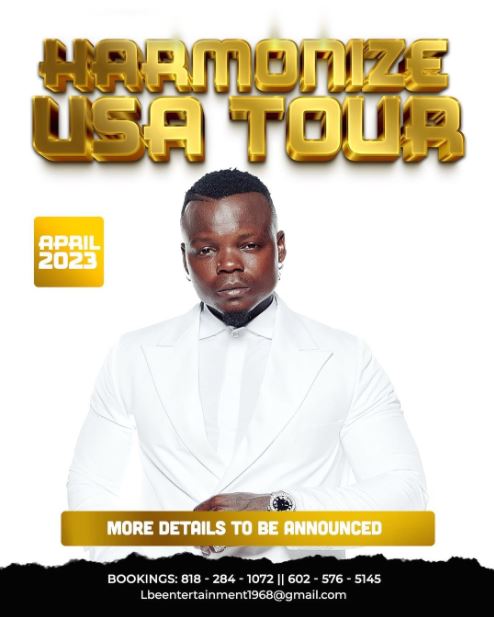 Harmonize, one of the most successful and influential East African Musician, has announced his long awaited return to the stage. He will be touring in the U.S from April to July this year.

Harmonize is a Tanzanian musician and singer who is known for his good rhythms and melodies with contemporary pop and R&B styles.

He is known for his unique style of music, which is heavily influenced by the local Bongo Flava music genre, and characterized by its heavy use of percussion and its incorporation of traditional Tanzanian rhythms and melodies.

Harmonize is currently doing great with his newly released song tagged “Tunapendeza” in which he has been featured by his signed artist Ibraah. The song has already reached 200K views on YouTube.