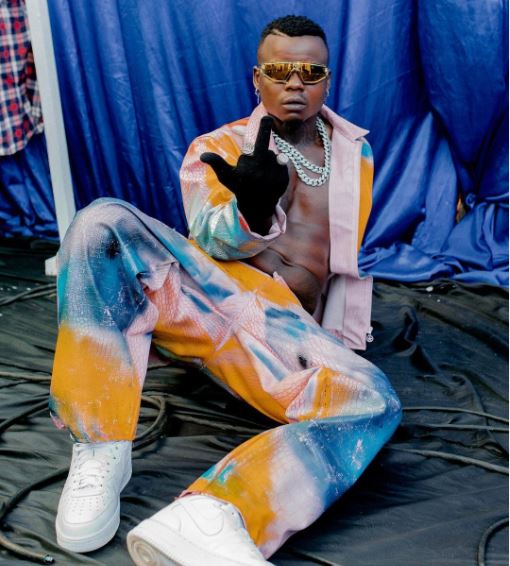 Tanzanian musician Harmonize who is in Kigali Rwanda for his coming show, has appeared in the studio recording a new song with the Rwanda’s music star Bruce Melodie alongside with producer Element.

The duo of Harmoznie And Bruce Melodie have been caught in the studio cooking up something and we smell a new jam. Using his instagram page Bruce melody posted the two of them together and seems like they are on the location already for the video.

Bruce Melodie is a Rwandan singer and songwriter and a winner of Primus Guma Guma Superstar seasons 8. He is the Founder of Igitangaza Music record Label. Bruce is also a brand ambassador of BK Arena and Primus.

The Rwandan award-Winning Vocalist, songwriter, guitarist, Recording Producer, and actor, Bruce Melody is known for several hits like ‘Funga Macho’, ‘The Way You Are’, ‘Urabinyegeza‘ and many more.

However, Tanzanian music singer, Harmonize is expect to start his musical tour for two months in the United States from April 29 this year. Lets all wait for the coming of this new jam from the two famous East African artists.